Women's Testimonies of Healing After Abortion

Surrendering the Secret Bible study was a great blessing to me. Prior to the study I thought, “God can forgive me for the sin of abortion, but I can’t forgive myself.” I learned why this way of thinking is not biblical. Jesus paid the price for my sin by dying on the cross. He forgives everything in our past, even the sin of murder. All we have to do is ask forgiveness. God loves us and values us so much. Surrendering the Secret helped me to realize how precious I am to my Heavenly Father. My leader chose a beautiful outdoor location for our study. We met one on one. It was a very healing experience which prepared me to minister to others considering abortion. My leader understood my feelings since she had also experienced abortion. How wonderful to talk with someone who did not condemn me and felt compassion for me. It was freeing to release the weight of shame I had been carrying for years. I am so grateful for Surrendering the Secret.

After years of guilt, regret and paralyzing fear God lead me to the Bible study Surrendering the Secret. He used what I would deem my worst and most heinous sin to reveal facets of Christ’s beauty and the freedom found only in His Gospel that I do not think I would have understood without my abortion experience and then the healing gifted in this study. There is NO sin that cannot be forgiven in Christ Jesus. There is NO sin that God cannot use for His glory. Dare to take this journey, even though at times it can be very painful, and see how our God can breathe new life into the areas of our story where this sin has only ever brought death and destruction.

Worthless. Unlovable. Shamed. Trashy. After 14 years of denial and hiding my abortion from others, God lead me to a woman who, through the Bible and a post-abortion study, reminded me of God’s forgiveness through Christ’s work on the cross. In the Bible I learned Jesus thinks I am worth giving up his own life for my sins. Loved because his love is without condemnation and is unconditional. He took the shame for me. I am not trashy because [God] thinks I am precious and worth more than rubies (Proverbs 3:15)

When I walked into Westminster Presbyterian Church in December of 2016 as the guest of a friend, I had no idea the Christmas party I had been invited to would change my life forever, In 1978, at the age of 22 I had an abortion, a secret I carried for 38 years. The guest speakers were pro-life and the event opened a floodgate of memories for me. Fear, guilt, shame, and regret resurfaced after all those years and I left the gathering mentally, emotionally, and spiritually drained. Through a series of events, I began a healing process which included writing my own personal story, Chloe's Cry. Then, I came across an abortion healing study called Surrendering the Secret and began working through the study while I was writing. Surrendering the Secret solidified everything I was experiencing during the writing of Chloe's Cry, and helped me process what the Lord was doing in my life. I am now free from the fear, guilt, shame, and regret of my abortion and have become a facilitator of Surrendering the Secret in order to help others experience this same freedom. 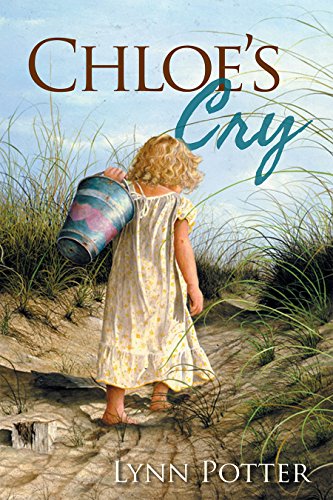 My abortion was in early 1982. Not until the desire to volunteer at a pregnancy center in the early 2000's led me to a post-abortion Bible study did I begin to realize my need for healing. Just being with a Christian who had experienced an abortion and had found a happy, fulfilled life serving her Lord gave me hope. While working through the Scripture together I began to accept my denials and my great need for forgiveness. Centered on God's word, the post-abortion Bible study led me through grief and anger which I had not acknowledged. I praise God for His Holy Word and for His people who share and lead others to His healing!

In 1974, my life was turned upside down with an unplanned pregnancy.  Newly married, this was definitely not in my immediate plans, nor would it allow me to achieve the goals I had set.  Living in California, abortion was a legal procedure. They said the pregnancy was only tissue. That was the first lie. Deep down inside, I was afraid this may not be totally true, but I had no other alternative if I were to maintain control of my future.  They said that if I ‘took care of it’ immediately all would be well. They told me my life would be better. That was the second lie. Little did I know that my life would never be the same. It took decades for me to come to grips with that single decision - a decision that would create havoc in my marriage, relationships, and most every aspect of my life. My plans unraveled.

But God had plans for my life as well. Jeremiah 29:11 “For I know the plans I have for you,” declares the LORD, “plans to prosper you and not to harm you, plans to give you hope and a future.” Healing was in my future, and healing is in yours as well.  Surrendering the Secret Bible study is a pathway toward true healing. The personal, private, journey will change your life to a life of freedom and forgiveness. 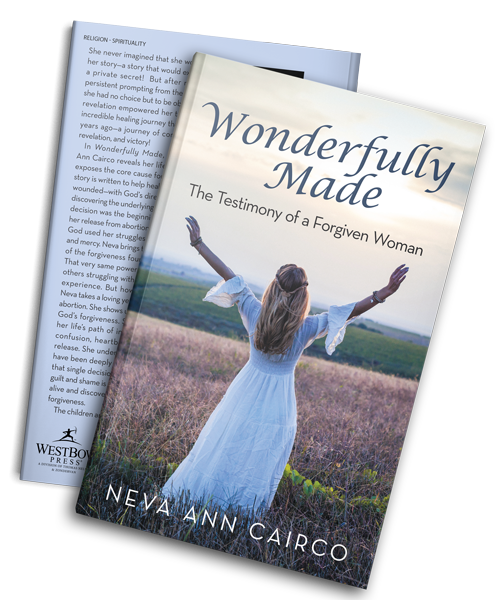 Wonderfully Made by Neva Ann Cairco

My story starts out with darkness but ends in the light, love, and the redeeming power of the Cross. As stated in Isaiah 61, “The Lord will grant to those who mourn in Zion – to give them a beautiful headdress instead of ashes, the oil of gladness, instead of mourning, the garment of praise, instead of a faint spirit; that they may be called oaks of righteousness, the planting of the Lord, that He may be glorified.”  This is a message of deliverance, consolation for sorrow, and power from God for a new life. Jesus has done this for me.  If you or anyone you know is hiding their sin, keeping it a secret, they need to know the hope found in Christ and the He truly does restore to us the years that the locust have eaten.